The circulatory system includes approximately 60,000 miles of veins, capillaries, and arteries – all pumping blood to vital organs via the power of your hard-working heart. It is a very important system needed to keep all body functions running at peak condition. However, if neglected, the circulatory system will not be able to deliver oxygen or remove metabolic waste. And poor circulation can cause a variety of health problems.

Do you have poor circulation?

Signs of poor circulation include:

Here are the eight best supplements to improve circulation. If you are showing 1 – 3 or more of these signs, check with your doctor to see if a circulation supplement is right for you. 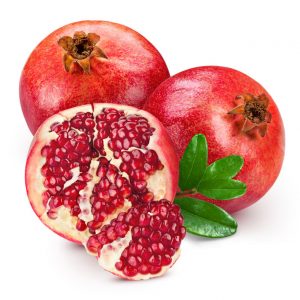 This sweet fruit is a potent source of a bioactive compound known as punicalagins. This compound is part of the class of antioxidants known as polyphenols, known to provide many health benefits, specifically to the cardiovascular system.

In clinical studies, pomegranate supplementation has been associated with significant decreases in blood pressure and LDL cholesterol – two contributors to circulation loss.1,2

Pomegranate juice has also been shown to improve blood clotting time – as soon as six hours after consumption.4

This antioxidant compound is naturally found in tomatoes, and is in highest concentrations in the skin. To get the most of this compound out of food, heat the tomatoes.

As a supplement, lycopene promotes circulation. Numerous human trials have shown its ability to lower cholesterol and blood pressure.5,6

This compound is one of the most powerful antioxidants found in the skin of red, purple, and blue fruits and vegetables. It is also the same heart-healthy compound found in red wine.

Additionally, the consumption of a resveratrol supplement for circulation may help to reduce the likelihood of unwanted blood clotting, a common cause of circulation loss.10,11

Resveratrol has been shown to benefit the health of epithelial cells (which line blood vessel walls to support venous health) by strengthening them.12

Used as a traditional remedy for vein health, this is one of the best supplements to boost circulation. Able to tone and protect blood vessels, horse chestnut has been shown to also act as a natural anti-inflammatory agent. Horse chestnut also contains a bioactive compound called aescin, known to offer vasoprotective properties by reducing collagen and elastin loss from the structure of veins.13

Studies have confirmed the ability of horse chestnut to protect blood vessel proteins. This helps capillaries stay strong, even under the stress of obesity, diabetes, or standing for long periods of time.14,15

A 2012 systematic review of 17 studies published between 1976 and 2002 revealed that horse chestnut supplementation may help to reduce leg pain, swelling, and itching for those with chronic venous insufficiency. Results from one of the studies suggested that horse chestnut could be as effective as wearing compression stockings for promoting circulation.16

This herb is one of the oldest known remedies for poor circulation. It contains antioxidant compounds, including flavonoids and terpenoids, known to contribute to heart health.

Ginkgo’s ability to improve blood flow has been confirmed by science. An analysis of eight different studies showed that subjects who consumed ginkgo reported less pain caused by poor circulation to the legs (claudication). Subjects with claudication taking ginkgo were able to walk about 34 meters farther than those who did not.17 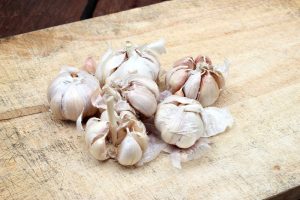 In vitro, garlic has been shown to increase the production of a vasodilator in the blood known as cGMP, and thus may help to help relax smooth muscle tissue of the heart, and blood vessels to promote good circulation by widening blood vessels.20,21

This B complex vitamin is also known as B3. Naturally produced in the body, it is also well absorbed when taken my mouth. Needed for proper metabolism, energy production, and hormone synthesis, this vitamin is also involved in delivering nutrients to healthy cells via the bloodstream.

Niacin has been associated with a significant reduction of risk factors for cardiovascular disease. One study showed that niacin consumption was able to significantly raise HDL cholesterol levels, thus reducing cardiovascular risk.23

For this reason, people with health conditions, including prediabetes, diabetes, and cholesterol imbalance may benefit most from this healthy heart supplement.24

Krill are tiny crustaceans that live in the ocean. They are similar to fatty fish, in that they contain large amounts of omega-3 essential fatty acids known as EPA and DHA.25

Like a fish oil supplement, krill oil supplements are a rich source of omega-3 essential fatty acids known to support a healthy circulatory system, but they also contain a rare antioxidant known as astaxanthin. This compound has been shown to offer powerful antioxidant and anti-inflammatory abilities that support a healthy cardiovascular system.26

The omega-3 essential fatty acid content of krill oil has been associated with cardioprotection from EPA+DHA. Multiple positive vascular effects have been observed, including improvements in blood pressure, heart rate, and inflammation.28-31

11 Malinowska J et al. Response of blood platelets to resveratrol during a model of hyperhomocysteinemia. Platelets. 2011;22(4):277-83. 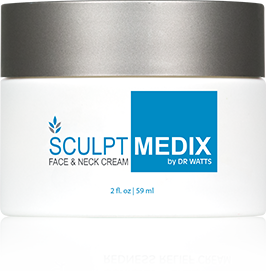